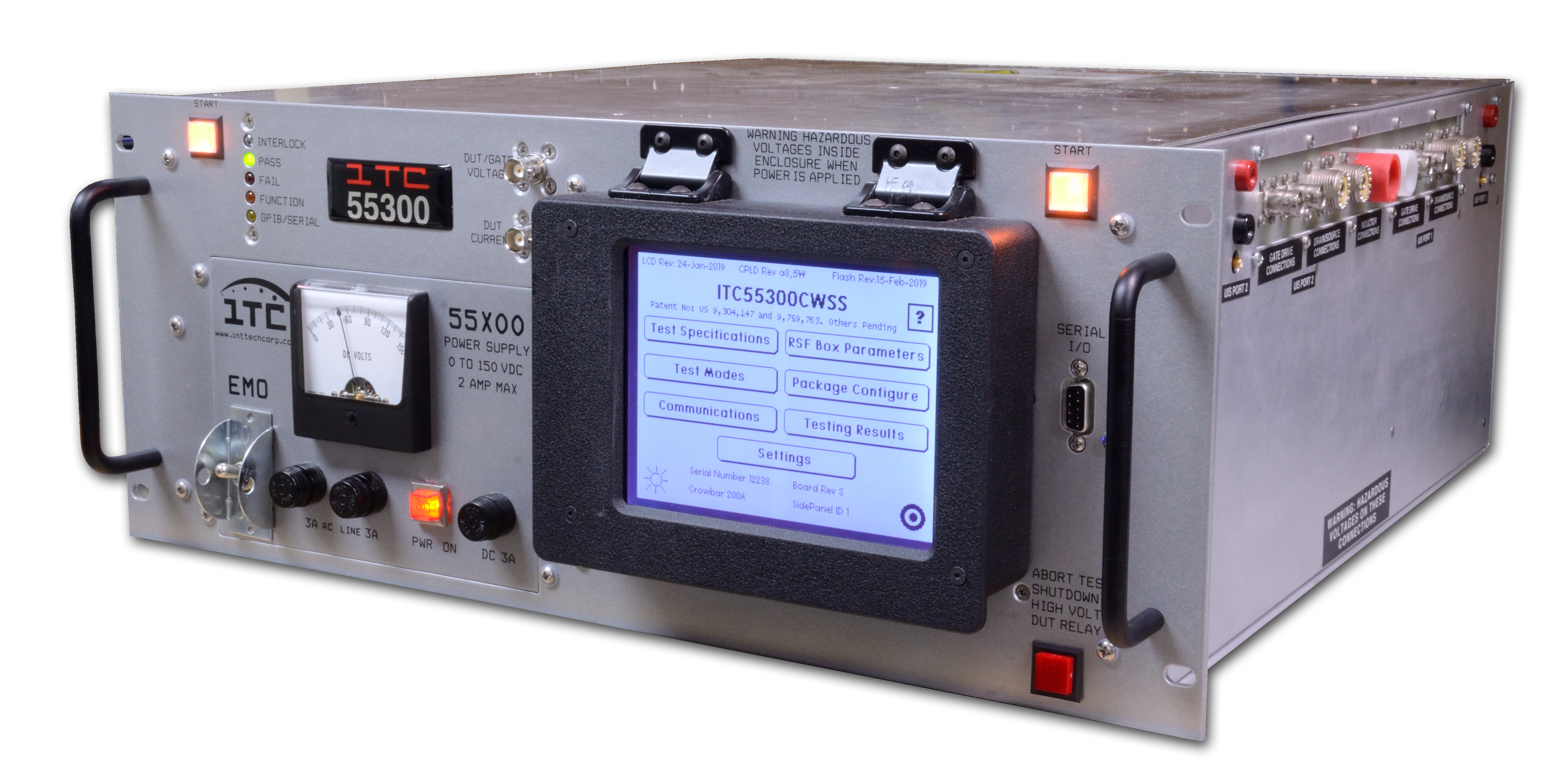 The ITC55300C performs several types of tests that conform to MIL-STD-750C Method 3470. Method 3470 tests the capability of P- and N-Channel MOSFETs and IGBTs by stressing them to controlled energy levels. This is accomplished by the devices driving an unclamped inductive load.